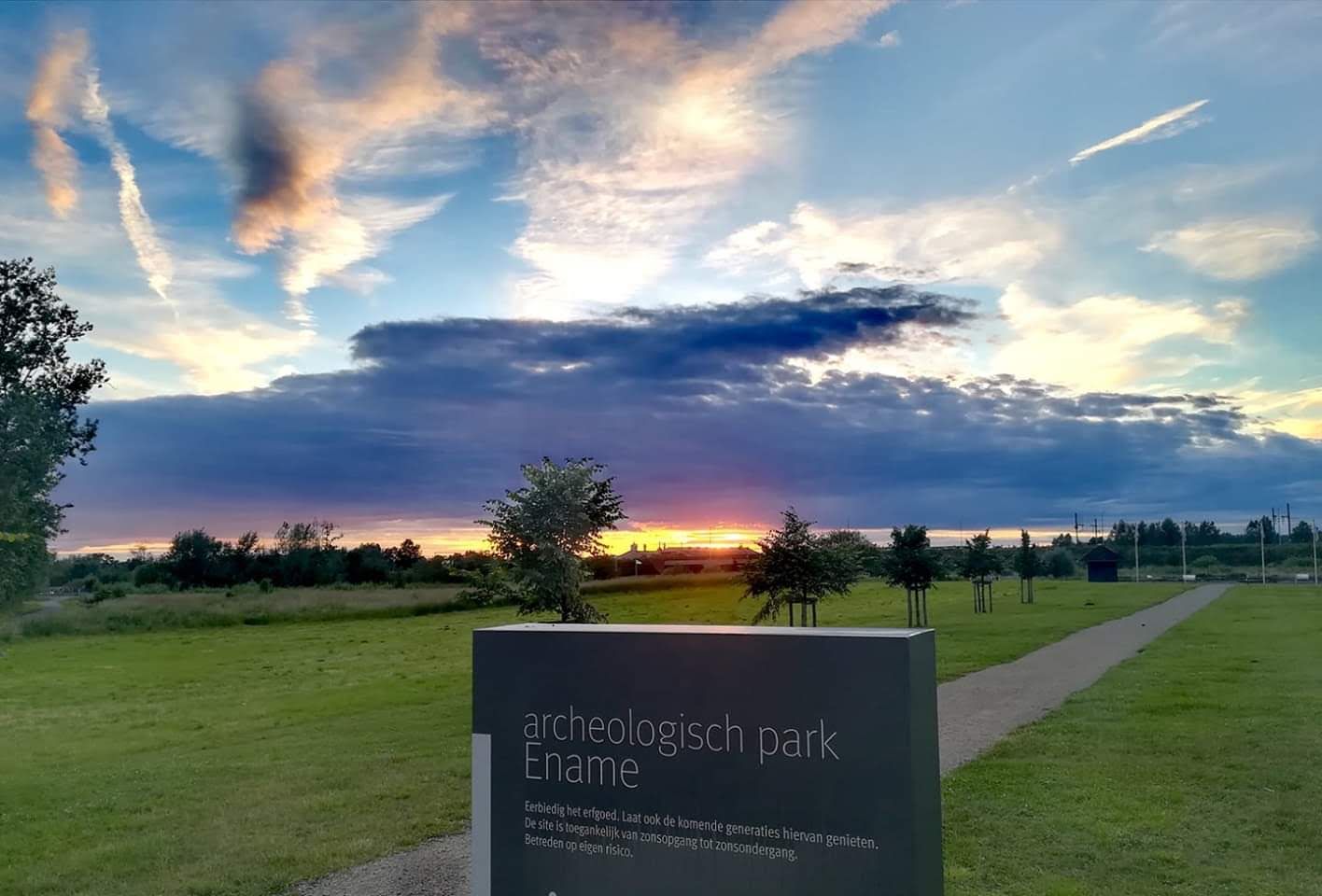 Our house is situated in the heart of a quite friendly village, … In and around Ename

Our house is situated in the heart of the village, close to the Saint Laurentius Church that  is still serving as the local parish church.

The building was commissioned by Herman van Verdun around AD 1000. At that time, Ename was situated on the boundary between the Frankish kingdom and the Ottonian Empire, making it one of the most important strategic locations in Western Europe. The architectural plan of the Saint Laurentius Church resembles those of the major Ottonian imperial churches. It has been decorated with a painted tympanum and research proved that these murals in Byzantine style are the oldest wall-paintings in the Benelux. Further research showed that it is an imperial church with two choirs dating from around 1000, when Ename flourished. Architecturally the church can be linked to early-Christian buildings in e.g. Ravenna, the residence of the Ottonian emperors in Italy.

The Archeological museum (also  called PAM) presents the daily life of the Ename community from the early Middle Ages to the present day, seeking to highlight both the universal values of the past and the unique character of Ename's own heritage. Visitors can learn about the various scientific methods employed in archaeological and historical research and they can become involved in the process of unraveling the riddles of the past with the help of interactive presentation techniques.

South of the village centre of Ename, stretching over the green hills of the Flemish Ardennes, lies a particularly valuable historical-ecological area known as Bos t'Ename, "the woods of Ename." From the Middle Ages on, this wooded area has been linked closely to the small harbour town and abbey. The landscape and its natural resources played an important part in every day life for the people of Ename. Today, a footpath leading from the Ename Museum to Bos t'Ename highlights and continues this longstanding connection.

Our house is also situated on the bicycle network nodes, between node 86 and 79. We have several maps at your disposal.

Only 5 kilometers away, or 15 minutes cycling along the Scheldt, lies Oudenaarde.

The finest jewel of Oudenaarde is the late-Gothic town hall which was built between 1525 and 1536 by the Brussels architect Hendrik Van Pede. The façade of the current town hall has a perfect symmetrical structure.  The tower of the belfry (UNESCO patrimony), with loggia, is located in the middle. The crown on the tower and the gilded eagles symbolize the empire of the sovereign at that time, Charles V. On top stands Hanske de Krijger, a 16th century flag-bearer, a statue made by goldsmith W. Blansterins in 1530.

The city is best known for its decorative greenery or “verdures” with green, blue, brown and yellow as main colours. However, other kinds were also woven in Oudenaarde. The Bible, ancient history or mythology are subjects used for these figurative series. Others representing pastoral scenes were also an enormous success.

Thirteen tapestries from the 16th and 17th century are exhibited in the Cloth Hall. A visit to this collection is definitely a must!

Oudenaarde is always referred to as the centre of tapestries, but simultaneously with the tapestry industry, the silversmith’s trade flourished as well. Oudenaarde was a small silversmith’s centre but the objects made were of high quality. 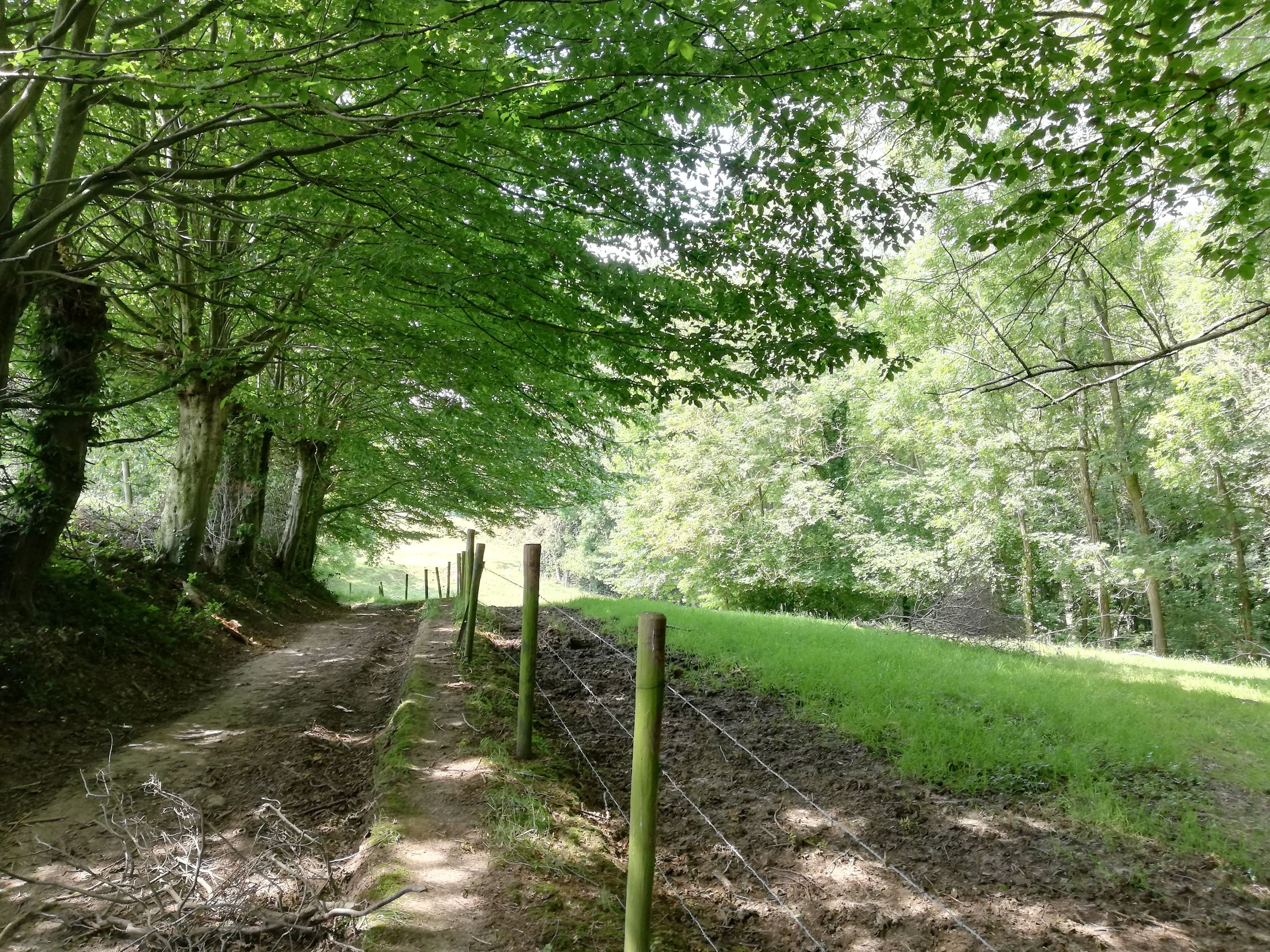 The region has been declared the Walhalla for walking and hiking. A number of hiking routes are to be found on www.wandelwalhalla.be. Via www.tov.be maps and routes can be downloaded.

I can arrange bike rental for you in case you would like to discover the region by bike. Bikes can be stored in the garden shed.